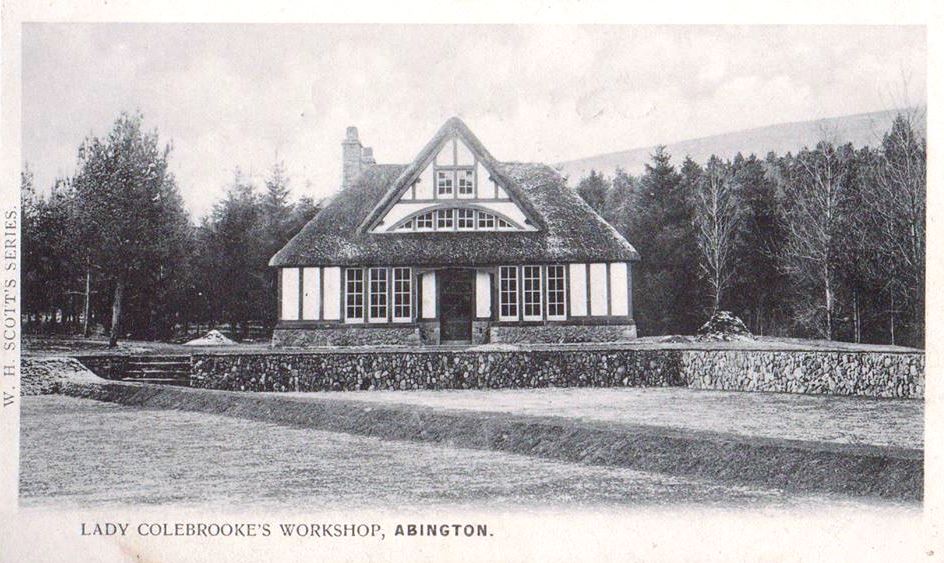 The company of W.H Scott did a large number of postcards of Lanarkshire. This is a rarer example of their work.

It had been designed by the architect John Stewart and constructed in what was referred to as the cottage style. But in fact the house and the outbuildings were powered by electricity. It was constructed at the beginning of the 20th century and was visited by King Edward VII.