William Wallace murdered Haselrigg, the English Sheriff of Lanark at the town’s Castle in May 1297. The reason for this act is the subject of dispute. Regardless of why, this single act set Wallace on the path to his destiny; it brought him the support of much of the population, and galvanised ordinary Scots to rally to his flag.

Lanark’s name comes from its woollen industry (from the Norman French, the modern ‘laine’, meaning wool, is related to it); indeed Edward I’s tax on wool in 1296 (to finance a campaign in Flanders) inflamed local opinion and garnered Wallace much local support.  The town had a Greyfriars monastery, founded at the time of Robert the Bruce, it was located between Broomgate and Friars Lane. The site of a house reputed to have belonged to Wallace lies opposite the church of St Nicholas at the west end of the High Street (above the door of which a statue of Wallace was placed in the early 19th Century).

An interesting remnant of the period can be found in the rear of one of the properties in the High Street, from Bernards Wynd a 13th Century gothic window can be seen; this was from a stone-built house, probably owned by the monks of Dryburgh (being the best house in the Town, it is likely that Wallace resided there after his defeat of the English forces at Stirling Bridge). In the grounds of Lanark’s old cemetery are the remains of the original St Kentigern’s Church, the south wall and chancel arch are from Wallace’s time. 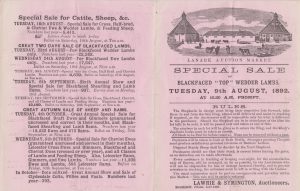 A sale catalogue dating from 1892 from Lawrie & Symington Auctioneers at Lanark Auction Market. 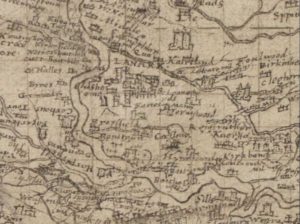 Pont’s Map of Lanark from 1596. This map gives an incredible look at the layout of Lanark during the time of James VI of Scotland. By 1596, Lanark had four… 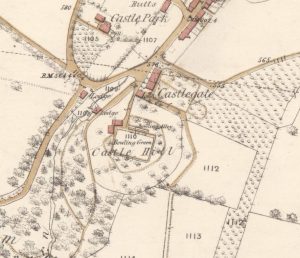 This Ordnance Survey map provides some idea of the layout of Lanark Castle. 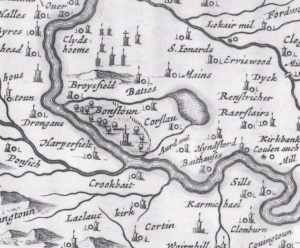 This map was published in 1654 by Joan Blaeu, a Dutch cartographer born in Alkmaar, the son of cartographer Willem Blaeu. It was based on the first detailed map of… 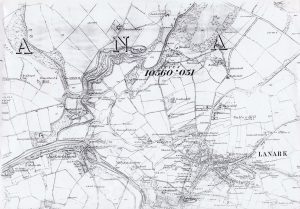 This Ordnance Survey map shows Lanark in the 1860s. Map reproduced courtesy of the National Library of Scotland. 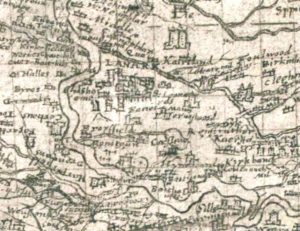 A Timothy Pont map from 1596 showing Lanark. The map shows what appears to be a tower house enclosed by a ditch. This ditch could be the remains of the… 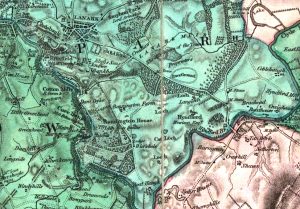 A Forest Map of Lanarkshire from 1819. The Forest Map series showed considerable detail, including of the Bonnington Estate. At this time, walks and paths were created by Lady Mary… 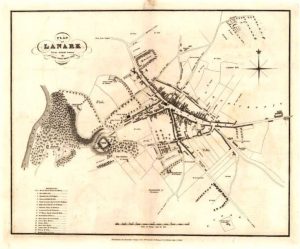 This map is from the Wood Town Atlas of 1822. At this point, Lanark had not changed much since the Middle Ages. The Castle is at the bottom of the… 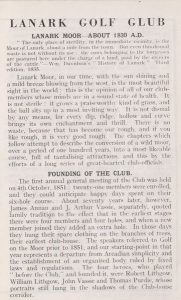 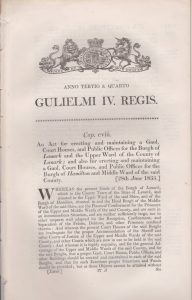 Act passed by British Parliament establishing a Gaol in Lanark

This is the front of the document showing the Act passed by the British Parliament in 1833, for the erection of the Sheriff Court and the Prison. This Act was…