This town’s name comes from the church founded by the Celtic monk followers of St Machutius. The latin name for this building being Ecclesia Machuti, it was mangled into the current Lesmahagow over many years. David I established a Tironensian Priory here in 1144, this was sacked in the reign of Edward III by John of Eltham. During this raid a number of items were stolen including a Missal (a collection of texts for church services). This was returned to the National Library in 1950. It is now among their most prized possessions. The remains of the Priory can be seen adjacent to the Abbeygreen Church (1803), they comprise of part of the cloisters, the refectory, and the lay brothers’ quarters. Until the Reformation, the Priory provided sanctuary (useful for Scots during times of English incursion), and accommodation for pensioners. In the square adjacent to Abbeygreen Church is the Commercial Hotel, which was built in 1633; it served as a coaching inn during the following two centuries. Nearby the village is Craighhead Mill, thought to have been founded by the monks of Lesmahagow Priory, the current mill is only 300 years old.

The village today is the product of the 19th Century boom in coal mining, with the attendant miner’s housing. 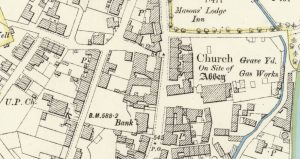 An example of a 25″ to 1 mile map of Lesmahagow completed in 1896 for the Ordnance Survey. Interesting notes include the Gas Works located next to the graveyard. The…

The first Ordnance Survey 6″ to 1 mile map of the Lesmahagow area shows a major change in map making. By 1864, the detail included in the maps is considerable.… 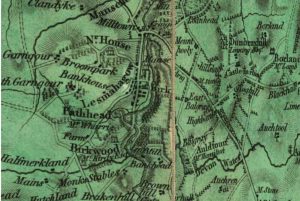 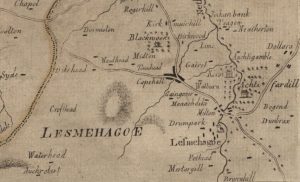 The Ross Map of Lesmahagow from 1773. The detail in the map does not quite match that of Roys’ map, but it does show some of the dwellings and farms… 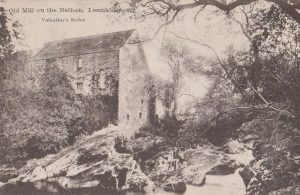 This is a view of the Old Mill on the Nethan, Lesmahagow, which lies underneath the modern M74 motorway. Plans commenced in the 1980s to restore the Old Mill, but… 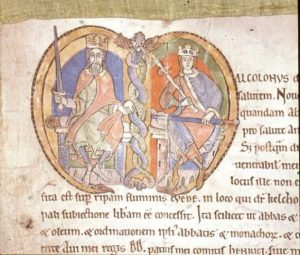 This is a picture taken from the charter of Kelso dating to the reign of Malcolm IV of the foundation of Kelso. This was in 1159. Already Lesmahagow Priory had… 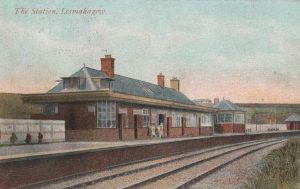 This is a view of Lesmahagow Station. Lesmahagow did not get a station till fairly late on as a considerable amount of engineering had to be undertaken. It was only… 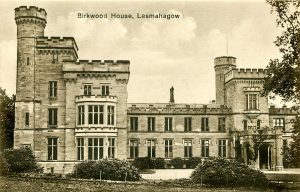 This is a postcard showing Birkwood House in its glory days before the McKirdy family fell on hard times. It was an irony that the last part to be built… 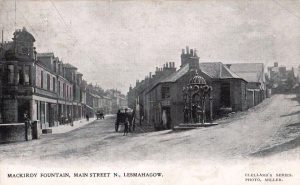 A good view of the McKirdy Fountain in Main Street, Lesmahagow as it looked in 1904. The shop on the opposite side of the fountain is that of John Loudon,…