Walter the Steward was granted lands here. Anglo-Norman skilled workers were brought to work on the estate, and they remained as settlers. Lands were also granted to the Bishops of Glasgow (including the town and Barony) in the 12th Century, hence the castle at Columbie. Remains of the first church built by early Bishops of Glasgow have been discovered, including the apse (which was wrongly thought to have belonged to a Roman bath); artifacts from this building can be seen in the current Church and grounds, and at Monteith House (mostly pieces of sculpted stone). More recently, the remains of two fonts were found, these have been placed in Lanark Museum. The Barony of Carstairs returned to the Crown in 1587. The families of Lockhart and Fullerton were to own the estate in turn.

In 1756 Carstairs became a Burgh of Barony, and Henry Monteith (the estate’s owner from 1819) planned and reconstructed the settlement. Monteith built a mansion, still standing today, now known as Monteith House (south-west of the Village); this was built on the site of a house constructed by the Fullerton Family, which was demolished in the early 1800s.

Carstairs’ part in Scotland’s story did not cease with the demise of Robert Wishart. It was one of the parishes that petitioned against the Act of Union during the year of 1706. 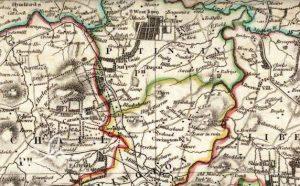 Thomson’s map of Pettinain, from 1832, has great detail, pinpointing more accurately Eastshield and the Grange. John Thomson (1777-c1840) was a Scottish cartographer from Edinburgh, celebrated for his 1817 New… 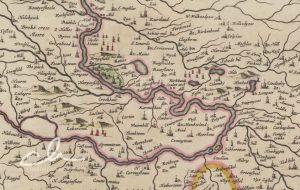 This map, by Joan Blaeu in 1654, shows Pettinain – described on the map as ‘Petynan’. Nearby is the Grange – the grange is mentioned in the records of the… 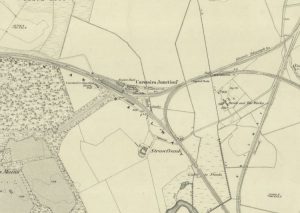 This map of c.1864 shows the position of the Lampits Ferry and how Smiths Bakers van would get to Pettinain. The map also shows the Village of Pettinain, which was…

The William Roy map shows the village of Carstairs with properties marked out. Of much interest is Carstairs House, which was – at this point – still occupied by the…

A Blaeu map of Columbie (Carstairs), completed by Joan Blaeu in the mid-17th century. The map references Columbie instead of Carstairs. Later maps of the area show Columbie Farm. Blaeu… 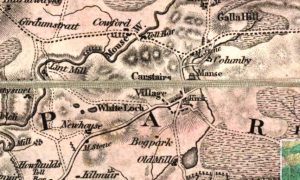 The Forest map of Carstairs from 1819. The map includes interesting details showing milestones and Tolls, as well as Columbie Farm, the Manse, as well as an old mill. Map… 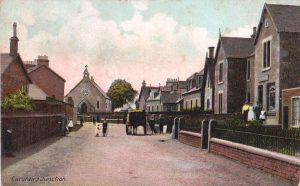 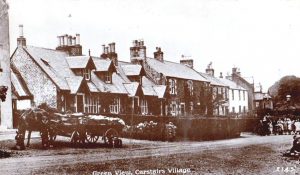 This is an interesting view of some of the houses fronting on to the Village Green, Carstairs. Carstairs was an important village and owed its prominence to being developed by… 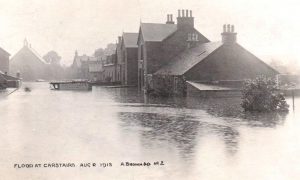 Postcard picturing flooding at Carstairs in 1915. 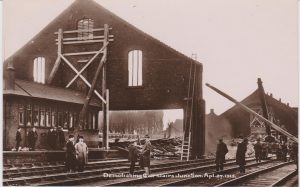