The small villages around Abington in upper Clydesdale were once thriving holiday centres offering country pursuits as an incentive to visitors who took advantage of the (then) efficient railways.  Perhaps the main attraction now in this area is the remarkable surviving and visible archaeological landscape which spans 5,000 years.

Few areas of Scotland can offer so much for the student of the ancient past.   Recent studies and excavations have thrown new light on the windswept hills where hundreds of Bronze Age houses, burial, and ritual sites have been discovered.

Remains of Roman earthworks can be seen near Tower Lindsay across the Clyde from Crawford village. The fort here was excavated in the 1960s and revealed that it was garrisoned by a mixture of cavalry and infantry.

Tower Lindsay was built on the site of a motte which in the 12th century belonged to Swein son of Thor. The Lindsays then gained it and it remained in the family to the fifteenth century when it became part of the Douglas estates. It was during the later period of the castle’s history that James V entertained the French Ambassador at the castle. Local legend has it that for desert the Ambassador was given was 'Bonnet pieces' -- gold coins made of Leadhills gold. The castle remained in use till the early nineteenth century when it fell into decay.

The only motte and bailey castle in the District is at Abington near the new service area where colourful and graphic displays of the attractions of the surrounding landscape can be seen. 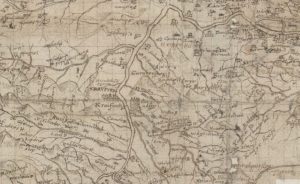 The castle at Crawford, shown in this map from c. 1596, made a great impression on the cartographer, Timothy Pont. The castle had been owned by the Lindsay family since… 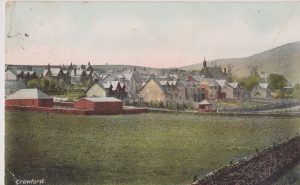 This is a view showing the Free Church of Crawford in the background. The houses are predominately late nineteenth century. Some houses near the Colebrooke Arms are much earlier and… 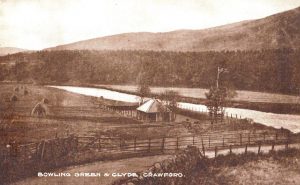 This was produced by the local post office for a man called Murray. It shows Crawford Bowling Green. The Bowling Club stood here till 1950, when it was moved to… 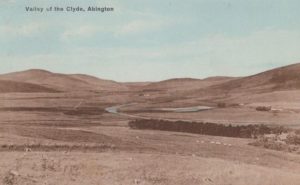 Old Valley of the Clyde

Valley of the Clyde. This card is interesting as it records the fact that the writer of the card was on his way up to see the launch of the… 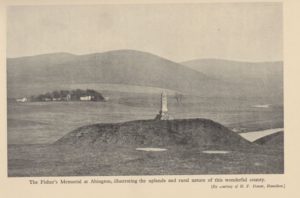 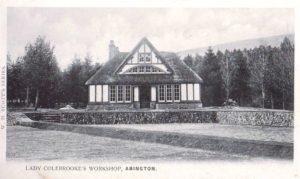 The company of W.H Scott did a large number of postcards of Lanarkshire. This is a rarer example of their work. Lady Colebrooke’s workshop is shown on many cards of… 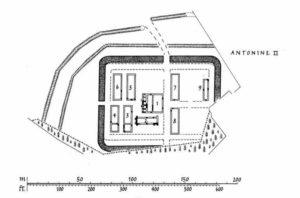 This fort was only discovered in 1938 by aerial photography through the work of Professor JKS St Joseph. However, it was not until 1961 that excavations took place and these…

The motte and bailey castle constructed here, the best example surviving in the area, was possibly destroyed at the times of the Wars of Independence; 19th Century excavations uncovered extensive…