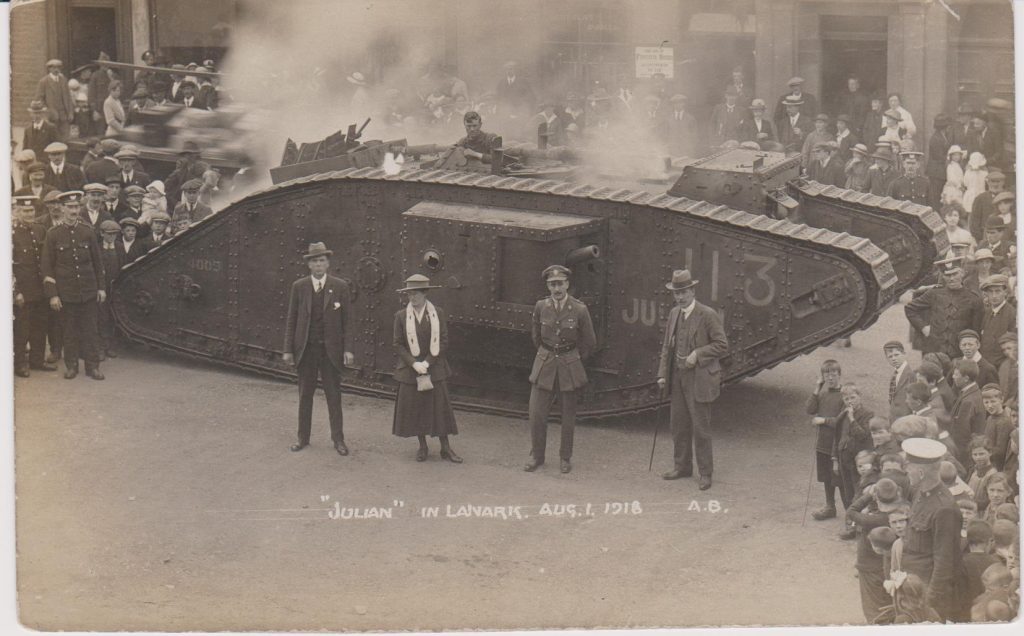 “Julian” was one of a number of tanks used by the British Government to travel the country. The tank itself had seen action during the successful campaign at the Battle of Cambrai. Following the battle, Julian and the other tanks were returned to the United Kingdom, where they were used by the National War Savings Committee to help encourage public investment in War Savings Certificates and War Bonds.

Setting out in December 1917, Julian toured the industrial towns of north England before continuing on to Scotland, where it collected over £30,000,000 from the Scottish public. Glasgow alone contributed £14,500,714 to the Tank Bank campaign. As a small token of appreciation for the country’s support, Julian carried tartan upon one of its six-pounder guns.