The History of Biggar 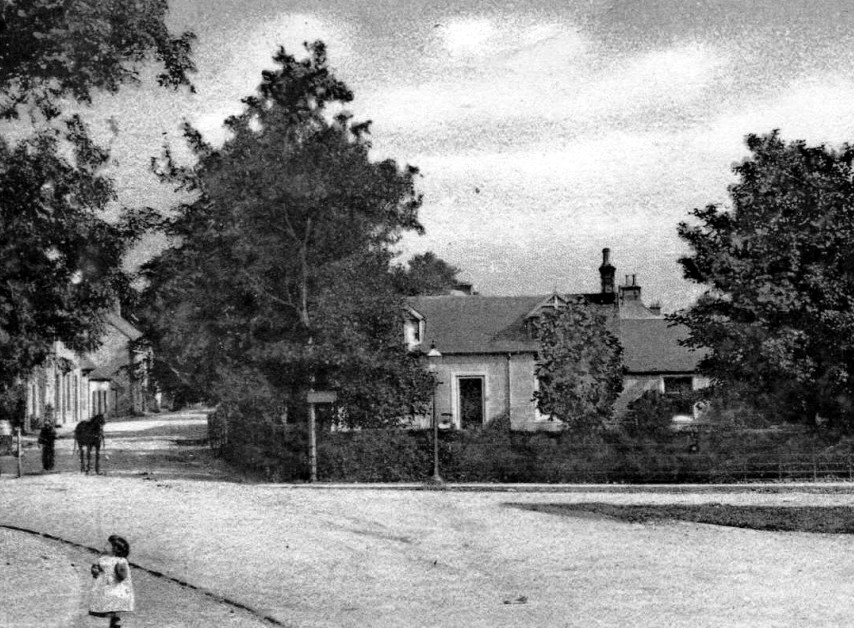 In the reforms and improvements of the 19th century, Biggar was one of only two burghs in Clydesdale to embrace the Police Act of 1863 and keep the status which it had enjoyed since 1451.

The shape of Biggar is still very much that of a medieval burgh although the bulk of the houses in the High Street are Victorian, many are the work of the self-taught architect and engineer John L. Murray, a shrewd Biggar farmer who foresaw the advent of the ‘horseless carriage’ and saw to it, with a bond on his farm, that this son and son-in-law, Tom Murray and Norman Fulton, were in the van of Scottish motor development, in what became the country’s only successful motor engineering business, Albion Motors.

The town was in the Barony of the Fleming family, the first of whom, presumably from Flanders, became the first sheriff of Lanark in the 12th century.   Descendants married into the Scottish Royal House and became Lords Fleming of Biggar and Cumbernauld, later Earls of Wigtoun.  Of their castles, the motte in the centre of Biggar still survives.  Unfortunately, only a mere fragment remains of their 16th century Castle of Boghall.   However, one architectural gem has survived, almost complete, that is a the old kirk built in 1547 as a collegiate church.  Then dedicated to St Mary, the unusual cruciform shaped church has a battlemented tower and even a draw bar behind the door.  Clearly the looming reformation of the church in Scotland with ensuing conflict was in the minds of the builders.

At the foot of the town the pack horse bridge beside a ford on the Biggar Burn is know as the Cadgers Brig.   Tradition asserts it was crossed by William Wallace disguised as a pedlar while on a dangerous mission to spy on the English army, camped at Biggar.  A bloody battle followed in which Wallace and his small army routed the superior English force.   The story probably is the result of confusion with the Battle of Roslyn in 1303 when part of the Scottish army did muster at Biggar, prior to the famous victory by Wallace at Roslyn.   Beside the bridge the graceful was memorial is designed on the old market cross which once stood near the town clock.

Deeply in debt, the Fleming estate was broken up in 1830.  The smaller units were then improved by farms and landowners including, eventually, businessmen from Glasgow and the West who were among the early commuters.

History in Biggar did not however begin with the Victorians or even the medieval founders of the burgh.   The place has always been a communications centre.  Its proximity to the valley of the River Clyde means that it has seen traders in its midst long before the Romans.  Excavations on Biggar Common have turned up evidence of life in the area 6,000 years ago, a period more remote than that of the Egyptian Pyramids. The same excavation work turned up the largest amount of early Neolithic pottery excavated anywhere in Scotland. The Romans used the same valley route to build a road running through Biggar towards the east coast.  Later the town became a stepping point for carts laden with lead on their way from Leadhills and Wanlockhead to Leith.

During the 18th century, Jacobite forces passed through the Parish.  In 1810 French officers held as prisons of war on parole were the next ‘invasion’. Some of these prisoners were kept in Boghall Castle on the outskirts of Biggar. In 1941 the entire Polish army was re-formed in and around Biggar.

Like Lanark, Biggar has an abundance of clubs and organisations for those who are interested in sport and culture.  Among the most active is the Biggar Museum Trust, formed in 1971, when the privately owned Gladstone Court Museum was handed over to the care of the Trust and later extended.   The 17th century Greenhill Farmhouse followed,  brought all the way from Wiston to be re-erected in the Burn Braes.  After that the John  Buchan Centre at Broughton was created.  The Trust was also responsible for saving the former Biggar Gas Works which re-opened in 1985 as the only gas works in the country to be preserved as an ancient monument.  In 1988 HRH the Princess Royal opened the new Trust Headquarters, the Moat Park Heritage Centre, which was formerly the Moat Park Church.  Here, much of the geology, history, and archaeology of Upper Clydesdale is represented by a unique series of scale models which bring the past to life.  Other aspects of the displays include natural history, works of fine art and costume, photographs ad local history memorabilia.   Two years later, HRH returned to Gladstone Court to see its newly acquired Albion Dog Cart car of 1902, the first step in a venture to provide a proper museum to feature the Albion Story.

In 2012 the Biggar Museum Trust started working towards creating a new museum in Biggar having purchased the site of Stephen’s garage in 2011 thanks to money raised by a large number of enthusiastic donors.