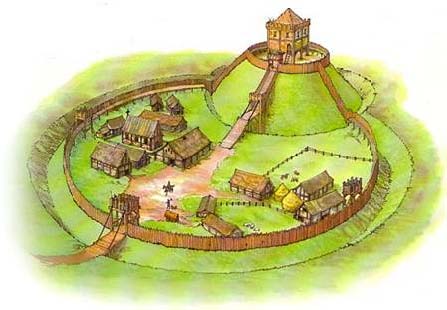 The motte and bailey castle constructed here, the best example surviving in the area, was possibly destroyed at the times of the Wars of Independence; 19th Century excavations uncovered extensive fire damage dating from this time. Archaeologists have also discovered a hoard of Edward I/Edward II pennies between Lamington and Abington, a stark reminder of the perilous nature of South Lanarkshire life in the 14th Century!

A monument to a local fisherman/postman was built atop the motte in the 19th Century.

The site of the castle can be seen on the banks of the River Clyde, opposite the M74 service area, where the history of the area is brought together by means of attractive displays. A Tourist Centre is also located here, allowing Freedom Road pilgrims to find out more about the attractions of the surrounding landscape.