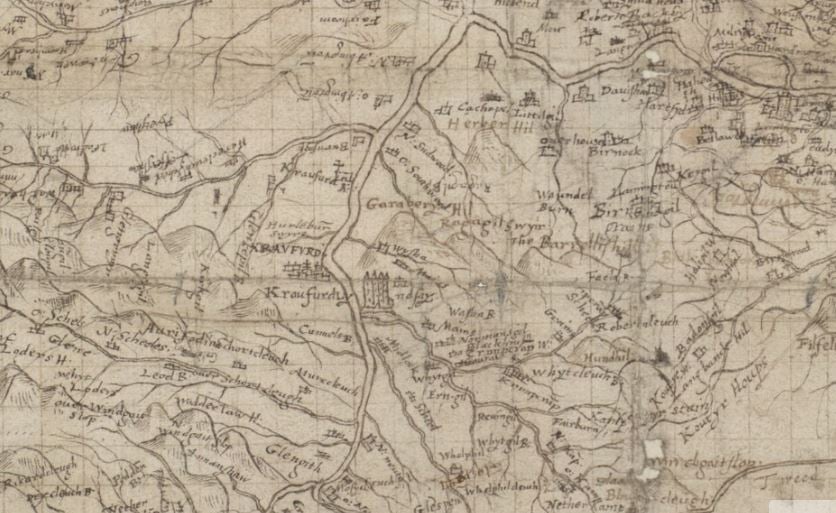 The castle at Crawford, shown in this map from c. 1596, made a great impression on the cartographer, Timothy Pont. The castle had been owned by the Lindsay family since around 1488. It is also of note to see the Church of St. Constantine was away from the castle by some distance. The ruins of this church lie about halfway between Crawford and Abington (marked by a cross on the map).