A short history of Douglas 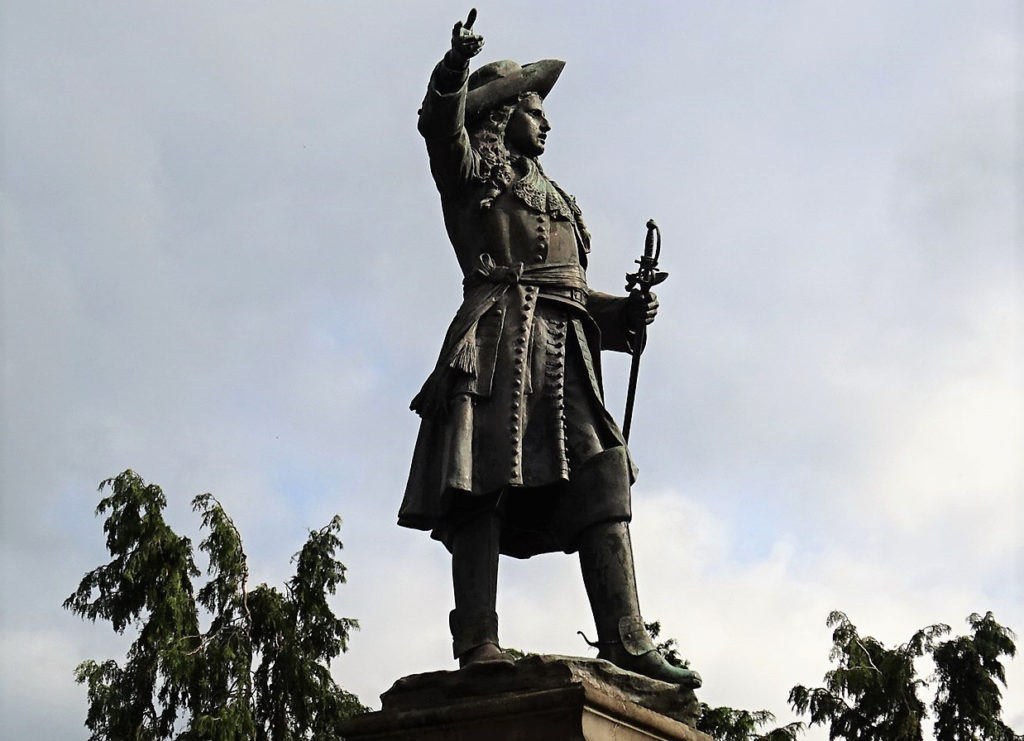 Douglas was home to both Wallace supporters, Sir Willam Douglas and his son The Black Douglas (or Good Sir James Douglas), who was a key lieutenant of Robert the Bruce at the Battle of Bannockburn in 1314.  Sir James carried King Robert I’s heart on a pilgrimage and was killed by the Moors in Spain at the Battle of Teba. His heart was buried in floor of the 12th Century Church of St Bride’s, Douglas, encased in a lead casket.

This and the tombs of three other Family members (including Dukes of Touraine) can be viewed. The elaborate tomb of Sir James is probably that of his father (based upon the nature of its design).

The sole remaining part of Douglas Castle which remains is a 17th Century tower, This may not be on the site of original 13th Century castle, which was the site of many conflicts with English troops (earning for itself the name ‘Castle Dangerous’).

It is believed that the town clock, reputed to be the oldest functioning public timepiece in Scotland (1565), was gifted by Mary Queen of Scots to mark her union to Lord Darnley. The octagonal bell tower, which now houses it, dates from 1618. The clock is said to be set five minutes fast, in accordance with the Douglas motto ‘Jamais Arriere’ (Never Late). The church was reconstructed by the Countess of Home in 1885 in order to protect the Douglas monuments.

Like Lanark, Douglas was a centre for the Covenanters. In 1680 government troops rested at the Tolbooth opposite St Bride’s Church after the Battle of Aird’s Moss. In their possession were the head and hands of the martyr Richard Cameron. This building, dating from1621, is the oldest inhabited house in Douglas (it has been restored). There is also a monument to the Earl of Angus and a memorial to the Cameronian Regiment (the latter being in the grounds of the Castle).

Between Douglas and Muirkirk (to the west), lies the site of  a castle  belonging to the period of the Wars of Independence overlooking the Clyde; this guarded the vital supply route from Ayrshire to Lanarkshire from Scottish ‘terrorist attacks’.