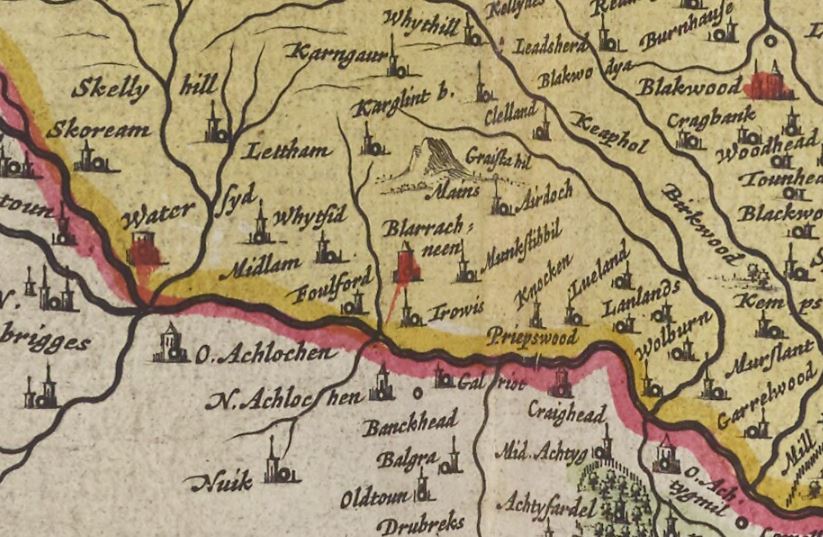 This Blaeu Map of 1654 shows the area around Lesmahagow. Curiously Lesmahagow does not get a mention though Craighead does. An excavation of the 15th century Tower House was completed at Craighead with the late Tom Affleck. Evidence was found that the tower was in use from the late 15th century to the 17th century. This evidence took the form of pottery and pieces of clay pipes.