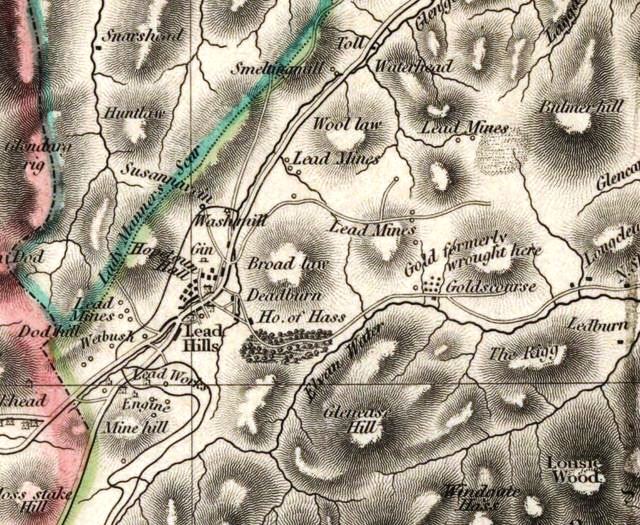 This is a valuable map of Leadhills from 1832. The map shows the horse gin (marked as ‘gin’ on the map) near the village. This apparatus was used to raise the lead from the mines. The engine near the lead works could be used as a pump since the further the mining shaft was sunk, the greater the problem of flooding was.

The map shows a smelting mill on the Abington Road. It was placed outside the village to avoid issues with pollution.

Finally, there is reference to the Susanna Vein – one of the most productive areas for lead ore.

John Thomson (1777-c1840) was a Scottish cartographer from Edinburgh, celebrated for his 1817 New General Atlas.