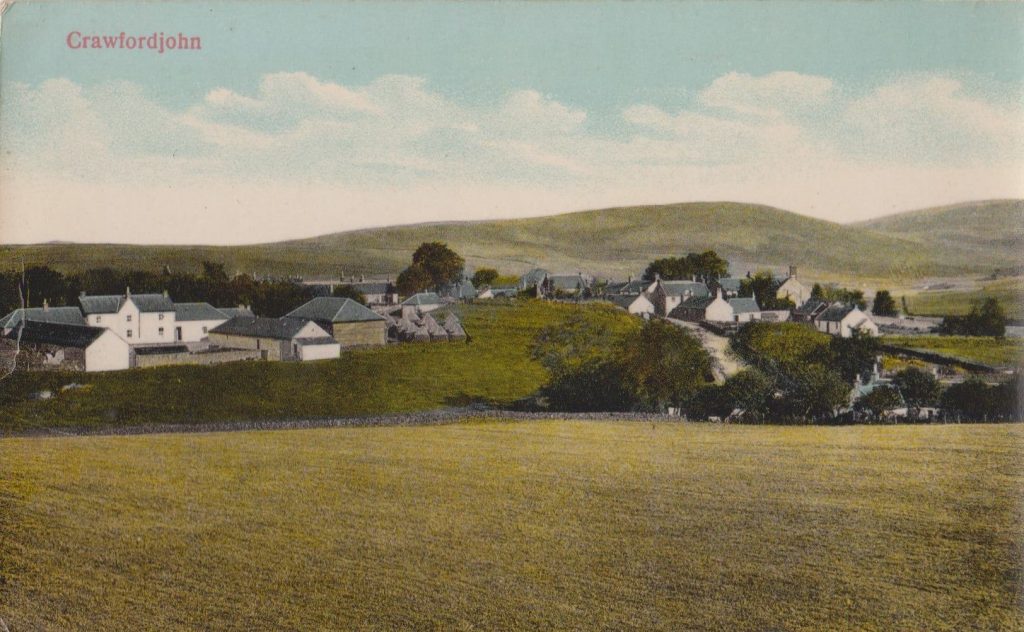 This card was produced for John Renton, who was probably the postmaster. The card is pre First World War. It shows Crawfordjohn as a community that had changed little from the early 19th century. It was at this time that William Wordsworth, Samuel Taylor Coleridge and others passed through the Village. The library was founded in the village in the 19th century.