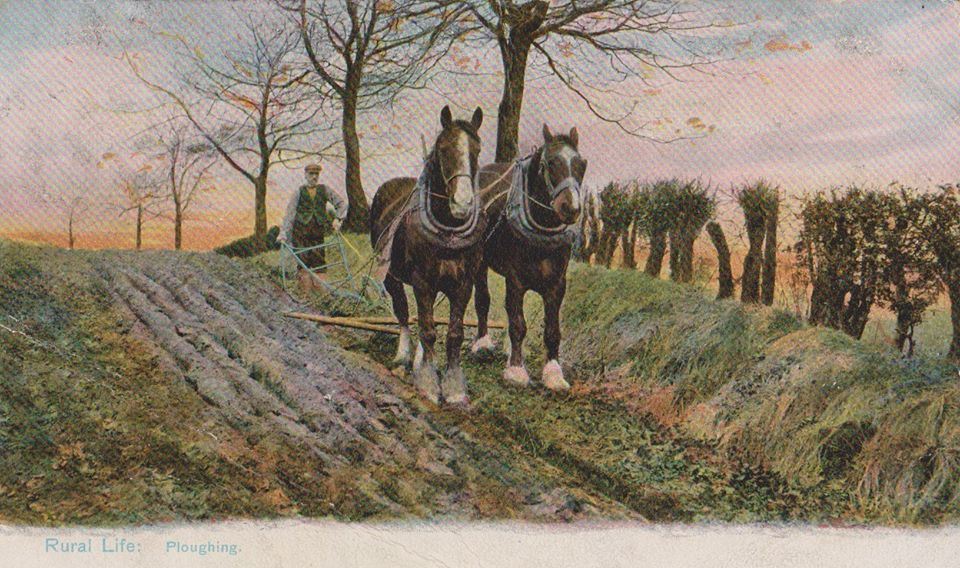 The Clydesdale Horses were first successfully developed as a breed by the Patersons of Lochlyoch Farm near Carmichael in 1713. Apparently, the breed was improved by using a Flemish Stallion. Maybe the Carmichaels had something to do with this as the 2nd Earl of Hyndford who was Brigadier General in the British Army. In 1713, Britain was heavily involved on the continent with a war against France. The leader of the international force against the French was the Duke of Marlborough. Much of the activity took place in Flanders, so it may be here that the potential of the Flemish horses was seen from a military point of view rather than agricultural. Clydesdales were put to good use in the First World War.