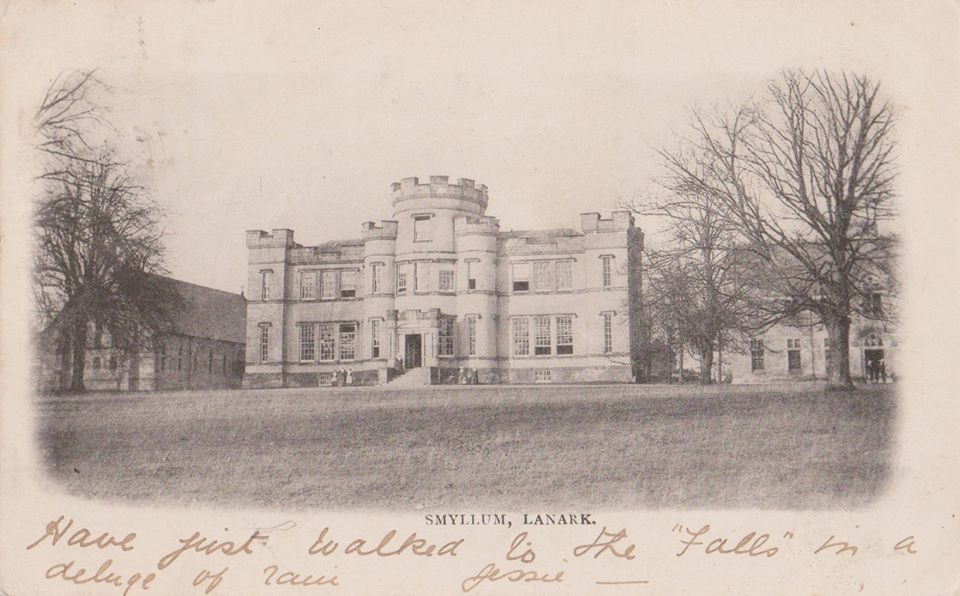 This is a very early view of Smyllum House, which was connected with William Smellie. However, the house that he lived in is no longer visible. The surviving parts of the building are encased in the present structure. These could be clearly seen during the reconstruction work and conversion of Smyllum House into several flats. The work on the main house was done in 1819 and to a degree the design was influenced by Gillespie Graham. The Chapel and the other building date from c.1880, when Smyllum became a Catholic Orphanage.