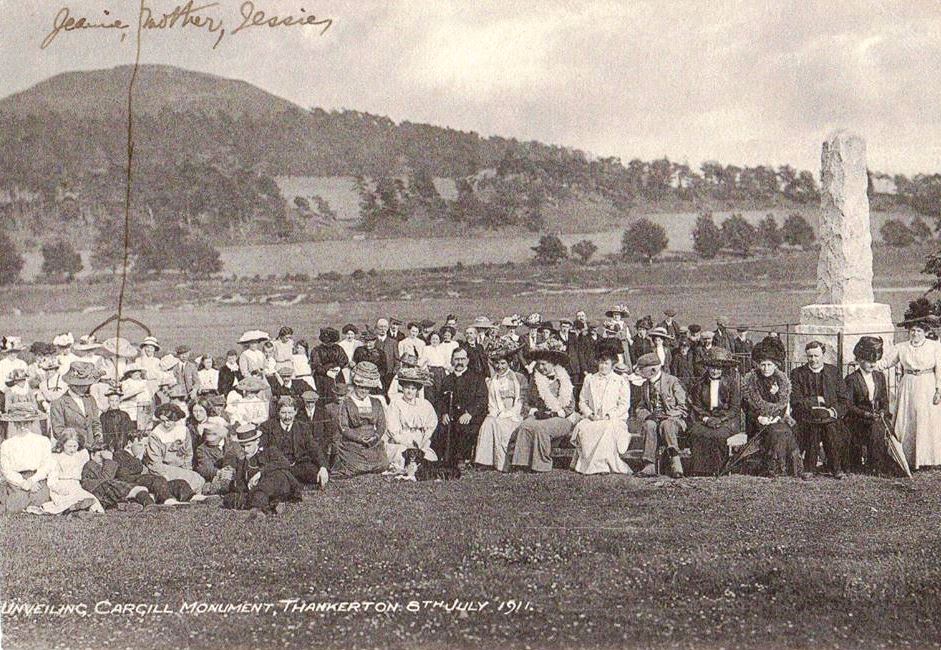 This is an interesting card dating from 8th July 1911. It was issued to mark the unveiling of the monument to the Covenanter Donald Cargill. Donald Cargill was one of the prominent leaders of the Covenanters. He was born in 1620 and had been a Minister in the Barony Church in Glasgow. He was outsed from his charge there and ended up as a wandering field preacher. He was captured at the nearby Covington Mill after conducting a field conventicle at Dunsyre in July 1681. He was taken prisoner by Irving of Bonshaw, before being taken to Edinburgh where he was executed on 27th July 1681.