A brief history of Lamington 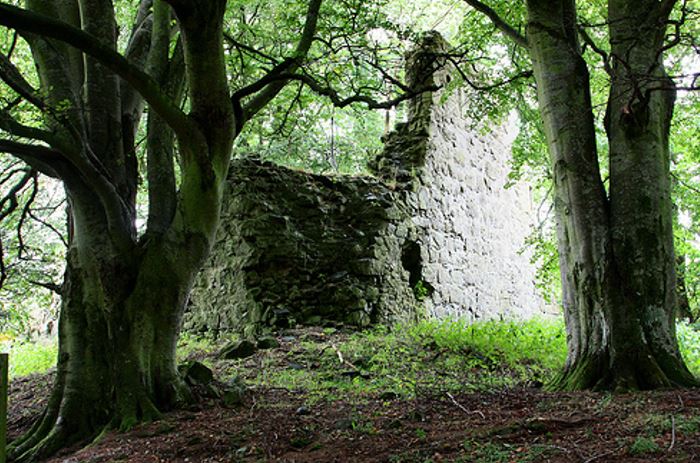 Marion Braidfute, reputed to be William Wallace’s wife, was raised at the ancestral home of the Baillie Family, Lamington Tower (the remains of which are still visible on the outskirts of the village). The Marion Braidfute stories were started by the Bailie family in the 16th Century. Indications at the time of Wallace tell us that the landowners signed ‘the Ragman’s Roll’ and pledged their support to Edward I. Outside the village to the east there is a motte on the hillside. Like at Roberton, this was constructed to permit Edward’s forces to keep an eye on the village area.

The village of Wallace’s time lay in the grounds of the now demolished Lamington House. In 1850 the old village was destroyed and the villagers relocated to the present site. Many finds of Wallace’s time have turned up in archaeological surveys of surrounding fields–pottery and coins, including one from Flanders. Flanders bought much of its wool from Scottish traders. The monks of Kelso Abbey were responsible for the development of the wool trade in Lamington.

Present day Lamington itself is the best example of planned Victorian village in the area. Alexander Baillie Cochrane (later elevated to the peerage, as Lord Lamington) was responsible for the current settlement. Each of the two churches have features of outstanding merit: the Episcopalian Church (1854) has excellent stained glass widows; and the 18th Century Parish Church has a grand 12th Century Norman doorway (which was constructed by the monks of Kelso) built into one of its walls.