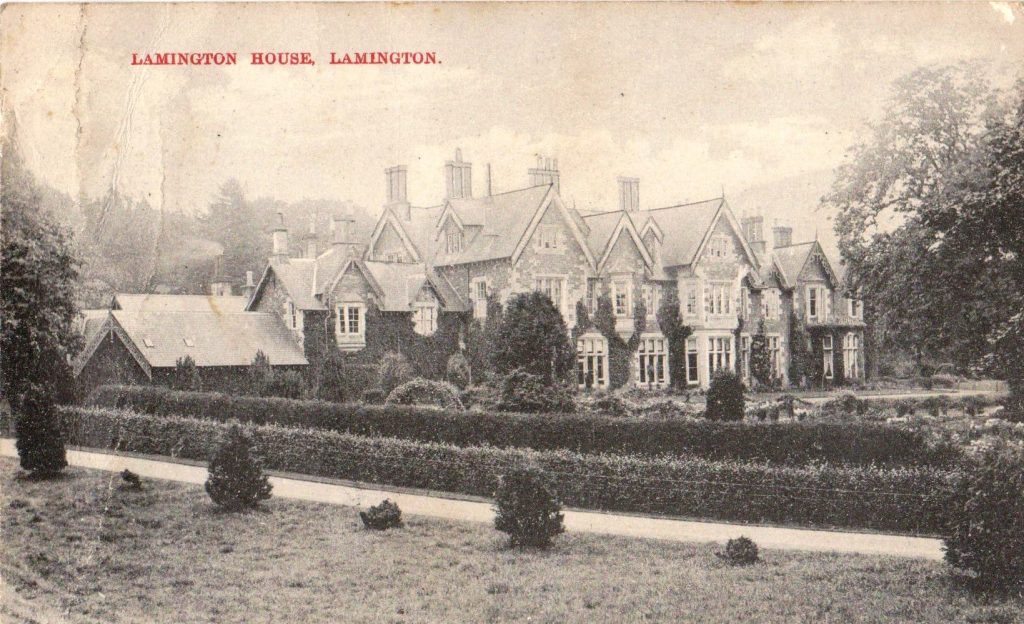 This is a nice view of Lamington House, home of the Baillie Cochrane family. This house was eventually demolished in the 1950s. The reason being that the direct line of the Baillie Cochrane family died out. Around the 1850s, Lamington House was expanded, particularly towards the end of the 19th century, when Charles Cochrane Baillie took over the estates after the death of his father in 1890. He was the man who was Governor of Queensland, Australia, when his wife is reputed to have invented the Lamington Cake.