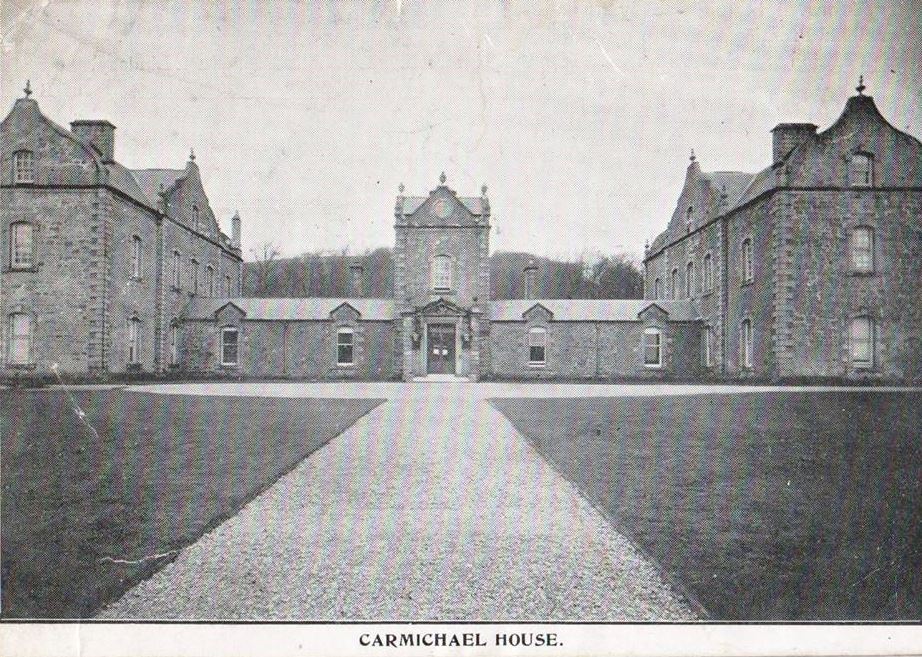 This is a front view of Carmichael House with the two 18th century wings. It is the curved gables which are so typical of contemporary Prussian design. In the 18th century in history, Germany was divided up into a number of states. Eventually, under the leadership of Bismark, Prussia took over all the states that make up modern Germany by 1865.
In the days of John 3rd, Earl of Hyndford, an alliance with Prussia was all important. Neighbouring Hannover was part of the British Empire as the Georges came from there. They were given the British Crown after the death of Queen Anne in 1714.

Carmichael House gradually fell into ruin from the time that the Carmichael-Anstruthers preferred to live in London in the 1920’s. Thereafter, the roof was removed from part of the buildings to avoid tax!