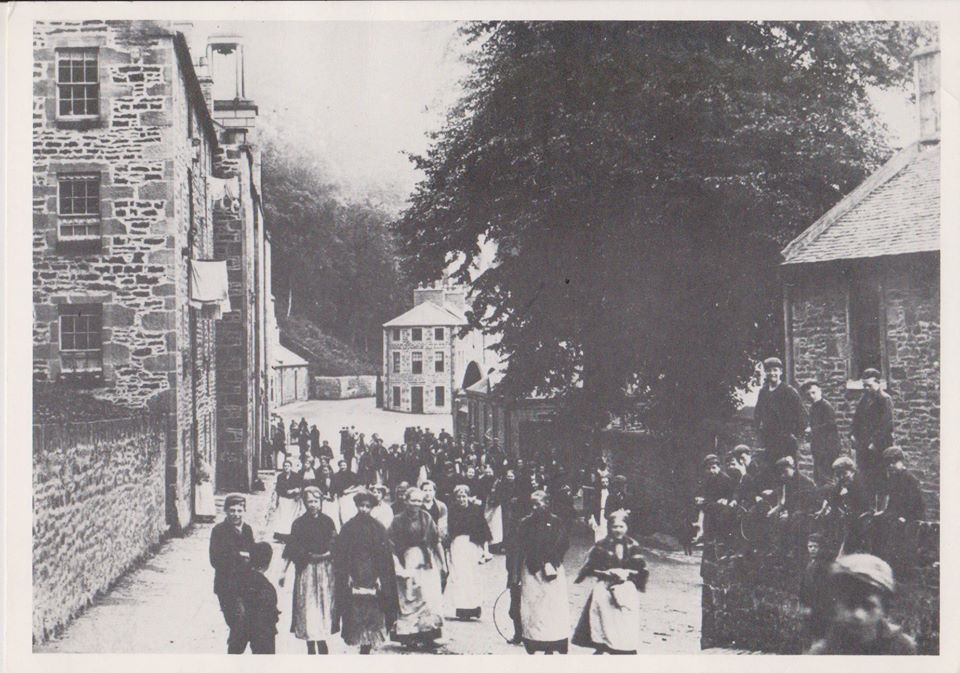 Here are some of the workers from New Lanark in the 1890s. This would be the early days of the Gourock Ropework Company. They took over New Lanark in 1881. Henry Birkmyre and his brother in law Robert Galbraith Sommerville had formed a partnership to purchase New Lanark Mills. It was this time that cotton was employed to make fishing nets at New Lanark.

In 1903 New Lanark became the centre of operations for the company. After that time New Lanark widened its operation to include manufacture of tarpaulins and canvas. This was particularly important in both World War I and World War II.