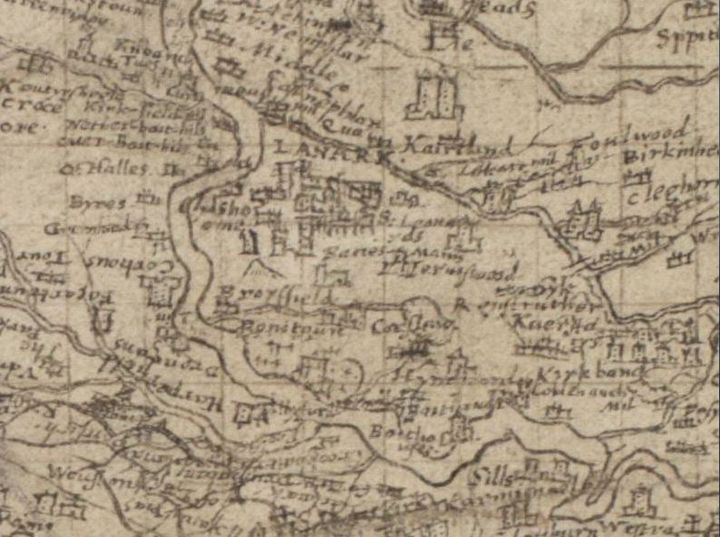 Pont’s Map of Lanark from 1596. This map gives an incredible look at the layout of Lanark during the time of James VI of Scotland.

By 1596, Lanark had four gateways or ports. These date to around 1570. This was a period of political uncertainty with civil war between Protestants (lead by the Regent Moray, half-brother of Mary, Queen of Scots) and the Catholic faction (led by Mary). The Protestant faction prevailed.

At this time, burghs such as Lanark and Peebles took care to fortify their burghs by erecting gateways. Lanark – according to Pont – had four of these. The gateways can be seen on the map by looking at the arched bits over the streets. Also of interest is the Old Tolbooth constructed around 1570 by Thomas Twaddle.