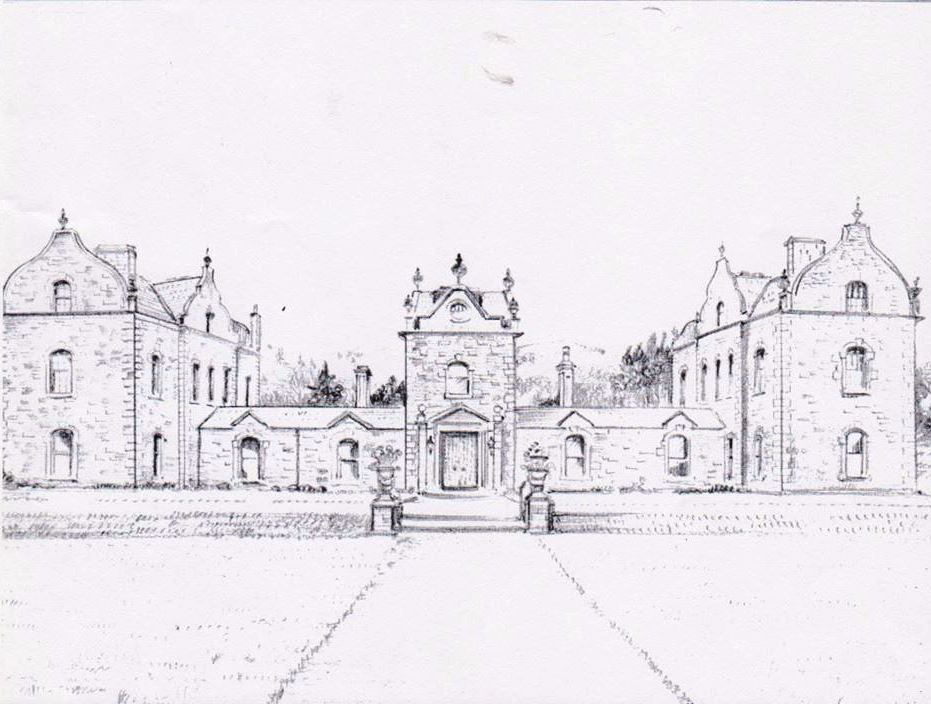 This drawing is courtesy of the Royal Commission of Ancient Historical Monuments Scotland. It was based on a photograph of Carmichael House prior to demolition. The house was left unfinished in 1767. It remained this way until the final stripping of the house in 1952. Thanks to the efforts of the Clan Carmichael, the remains were stabilised by 2000.

The 3rd Earl lies buried on the Kirk Hill where there was at one time a church. The tomb is a burial enclosure for the 3rd Earl and his wife.