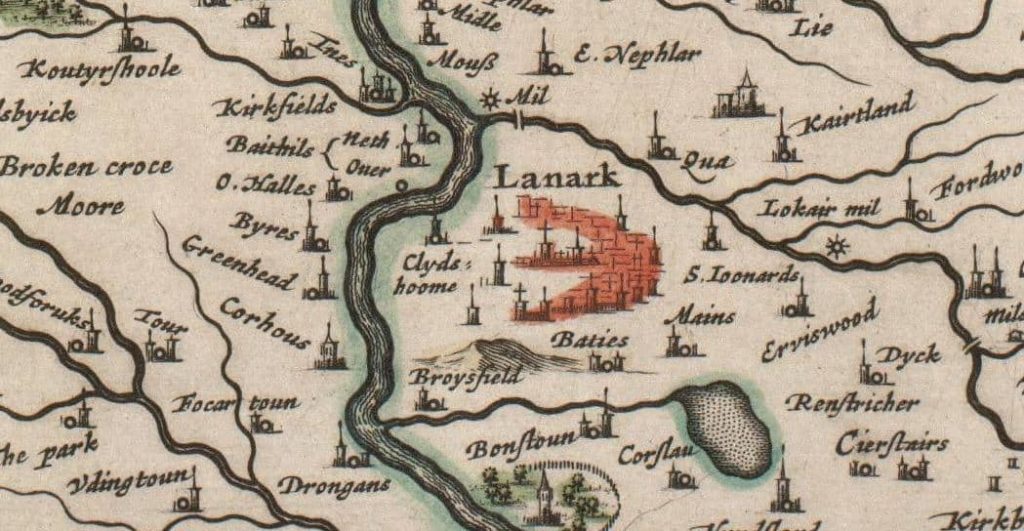 Blaeu was a Dutch map maker based in Amsterdam. He issued several maps of Lanarkshire in 1654 as part of his world atlas. This was popular throughout the known world and was even translated into Arabic.

Blaeu’s maps are largely based on the notes taken by Timothy Pont for the creation of his map of Lanarkshire in 1596. Blaeu’s map is much clearer than Pont’s and is much easier to read for the general public.