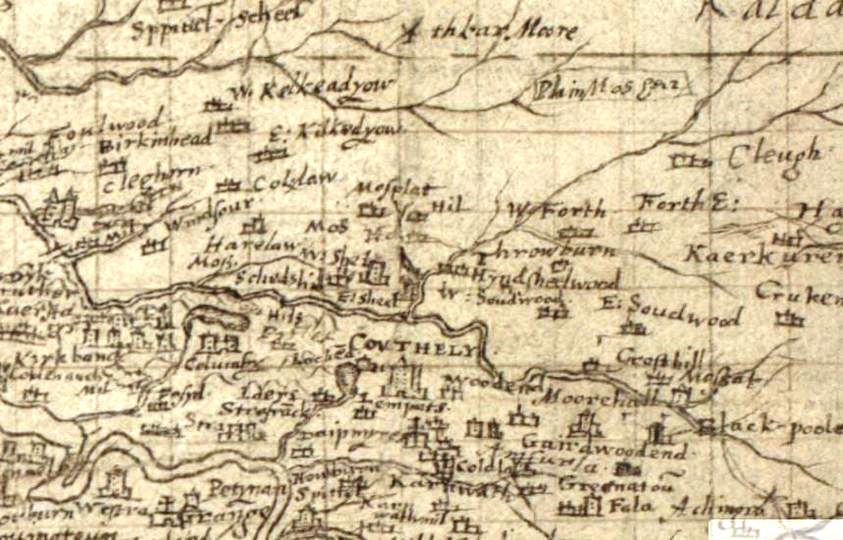 Pont’s 1596 map of Couthally. Couthally Castle, near Carnwath, was more important than Carnwath as it was then the home of the Sommerville’s. Later, the estate passed into the hands of the Dalzell family.