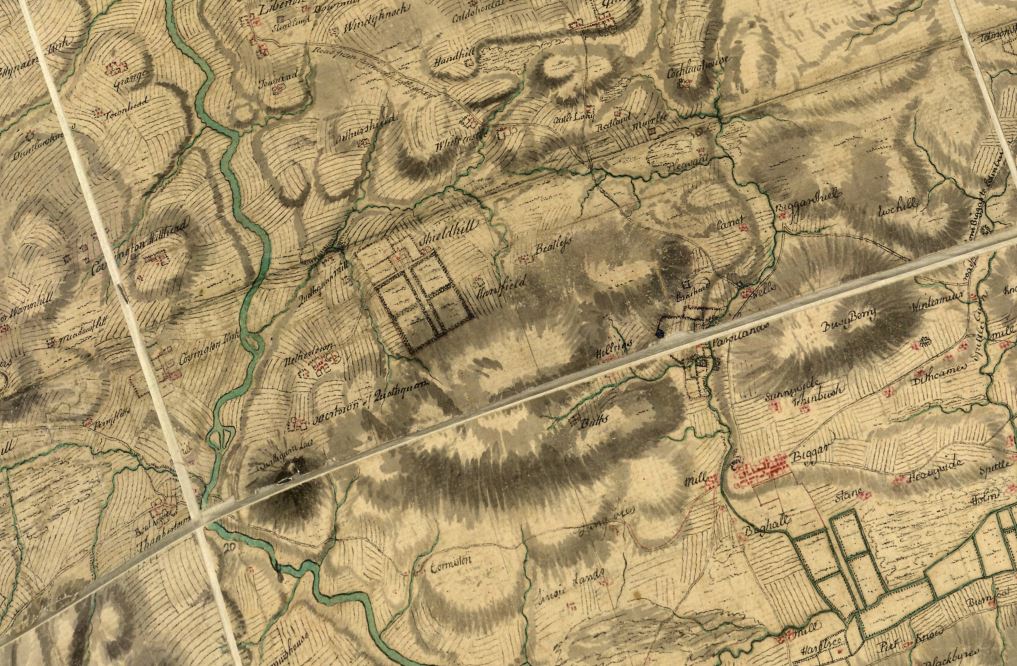 William Roy’s 1752 map of Quothquan and Shieldhill, showing that the area around Shieldhill had several fields surrounded by trees, part of a designated landscape. Quothquan Mill is shown to the south-east of the village. The map also shows Nether and Easter Quothquan.

William Roy was a Scottish military engineer, surveyor, and antiquarian. He was an innovator who applied new scientific discoveries and newly emerging technologies to the accurate mapping of Great Britain. His masterpiece is usually referred to as Roy’s Map of Scotland. It was Roy’s advocacy and leadership that led to the creation of the Ordnance Survey in 1791, the year after his death.